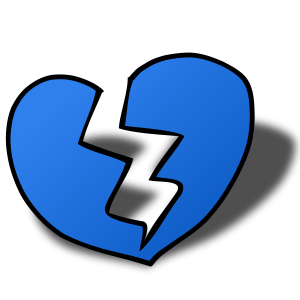 By Ken LaDeroute on December 13, 2021 in Mindfulness, Mindfulness Training 0

I didn’t ask to be born. Somehow I just showed up as an earthling.

As an infant I was soft and vulnerable, unable to fend for myself. I was at the mercy of my parent’s wishes. I wasn’t in control.

Despite being unable to think for myself my mom and dad loved and cared for me. Life supported me.

After many years I learned to perfect the art of paying attention to the silence between two thoughts. I learned to rise up above thought and emotion.

This project has allowed me to discover the most productive and effortless way of being and functioning in the world.

It’s like a magic key that opens up a portal to another dimension.

This new way of looking at the world has completely revolutionized my life! This shift in perspective has become the lens through which I now see everything.

I call it thoughtless awareness.

The cool thing about thoughtless awareness is that this field is available to us all. It’s right here with you all the time. It’s right behind your eyes.

Thoughtless awareness has become my go-to superpower. I’ve made it my Basis of Operation (BOA) for everything I do in life and business.

My old way of being wasn’t working for me.

Most of my time was spent …

Someone said that suffering is necessary, until it isn’t.

I finally realized that all this mental suffering was the result of a dysfunctional mind. I didn’t need to suffer anymore.

A friend of mine told me she was invited to her neighbor’s home for a holiday get-together. She readily accepted and said, “Yes, I’d love to go!” She imagined sitting around the table socializing and enjoying intimate conversation over coffee. After these last two years she was hungry for real human contact.

The first thing she noticed upon entering the home was a television blasting an episode of “Wheel of Fortune.” She sat down but to her surprise the TV remained on.

The other guests sat down and immediately pulled out their phones and began sharing baby and travel photos. One of the phones rang and someone picked it up and began chatting. The atmosphere was loud and chaotic. Everyone seemed distracted.

This scenario went on for the whole evening. No one asked her about her life, how she was feeling or what she cared about. The conversation was erratic and seemed one-sided. Everyone talked over each other without really listening. She could barely get a word in edgewise. After a while she became upset and politely left.

When she got home she began reliving the scenario in her mind. “How can people be so inconsiderate?” “Who raised these people?” “Weren’t they taught to be kind and respectful by actively listening and offering their full attention?”

As Nicole thought about it more she became even more mad and frustrated. She couldn’t get over the fact that her friends were so unconscious and insensitive to her feelings. Over the next few days she called her girlfriends looking for support and validation.

Nicole essentially caused herself a lot of unnecessary mental stress and anxiety by having strong expectations about the way she thought things SHOULD be.

Imagine if Nicole could have remained in thoughtless awareness during the entire visit to her neighbor’s holiday party.

Let’s see how things might have turned out differently.

She would have entered the home without expectations of cultural and societal norms, customs or conventions.

She would have accepted the situation just as it is not what she expected it to be.

Without judgment, Nicole would have enjoyed the coffee and cake, she would have remained grounded in her presence.

She would have listened intently without needing recognition or verbal affirmation.

She would have risen above the chaos and remained balanced and poised in thoughtless awareness.

She would have let go and relaxed into the situation, smiling and maintaining her presence and mental calm.

She would have left the home in peace, without complaint or frustration.

Going beyond thought and emotion takes practice but the payoff is HUGE. In thoughtless awareness lies wellbeing and inner peace.

Everything is a Construction of Mind

If I asked you, “If you had a choice, would you choose a dull mind or a sharp mind?

You’d probably say that you would prefer a sharp mind.

Our minds cut up reality into fragments or chunks preventing us from seeing the big picture.

Most of our thoughts are comprised of fantasy and daydreams, mostly about the self.

If you look closely at your mind you’ll realize that all this INFOBESITY and mind-wandering doesn’t serve you well and causes you unhappiness, stress and anxiety.

If you calm the mind through concentration, you have long periods of time where there is fewer thought elaborations.You gain long periods of stillness, absent of any thought.

You learn to operate from the field of pure awareness absent of all thought.

You don’t get rid of thought. The mind is a powerful and useful tool. Instead, you make thoughtless awareness your basis of operation.

You notice that it’s completely different from operating solely out of thought alone.

You can be like a child again, you can let go and trust that life supports you and most things work out for the best.

WARNING: You are NOT in Control

To sum up, I want to share the following quote by John Roedel:

“You are living on a spinning wet rock of a planet that resides next to a constantly exploding fireball in the middle of an ever-expanding universe that is filled with mysteries beyond your wildest imagination.

And on this planet that you are hurtling through the great expanse in, you are co-habituating with billions of other people who have free-will and their own experiences that shape their perspectives and beliefs.

And while all this is going on your soul is residing in a physical body that is such a miracle of delicate engineering that at any given moment could produce its last heartbeat.

What is it about your existence that you think you have any control of?”

As the holiday season approaches and you find yourself at your aunt Judy’s house, slow down, stop and remember thoughtless awareness as she serves you your favorite food in the whole wide world, instant mashed potatoes from a box.

Happy Holidays to All my Dear Friends!

P.S. Here is a free holiday gift for you. I’m a songwriter and musician. I wrote and produced this song to help remind you to stay in thoughtless awareness and Simply Be.

17 Things Mindful Leaders Do Differently to Think Big & Make a Big Difference
Who Do You Think You Are? 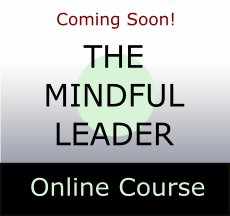 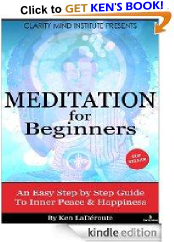 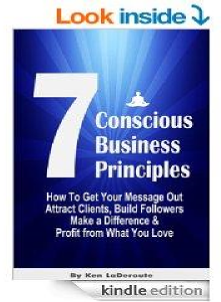 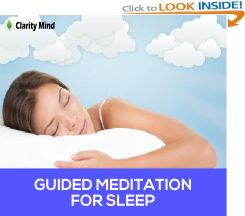 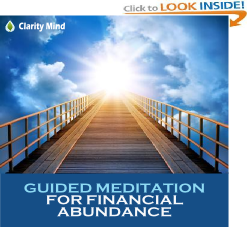 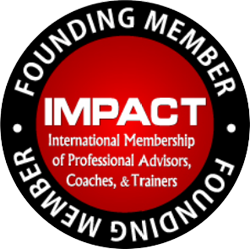